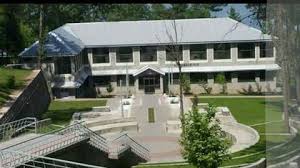 Military College Murree abbreviated as MCM, got inaugurated by the COAS Gen Ashfaq Parvez Kayani, in the year 2008 on the 1st of September. This organization is developed to educate, train, and groom the students of this college extraordinarily so that they can enter proudly in the Pakistan Army. Since its establishment, remarkable efforts have been made at all tiers by the entire faculty members. Together the efforts and will-power of both the students, as well as the teaching staff have made Military College Murree a dynamic educational entity. This college is now renowned as an organization par excellence. This institution is structured for the total strength of 450 boys who can learn in classes ranging from class VIII to XII. The students getting the education from this college are well-known as “Himalians”. That is because of the enthusiastic motto of this college, “Courage and Commitment”.

Military College Murree is situated at Upper Topa located in the Murree Hills at the foothills of the Himalayas. It is approximately 7000 feet higher than sea level. It is nearly 57 km away from Islamabad through the expressway. The campus is thickly forested with beautiful Pine and Chinar. Moreover, it is spread roughly over an area of 3.5 sq km. It entertains scanty wildlife and yet retains its natural scenic attractiveness. The atmosphere at the campus is cold in winters and pleasant during summers.

The main aim of this college is to teach and groom the students morally, mentally, and physically to sustain their imperative leadership qualities.

Scope To get education in Military College Murree

The College is working under the auspices of IGT&E Branch/ HRD Dte, GHQ. It can accommodate more than 450 students gaining education from class VIII to XII. The strength of each record is 90. The College gets supervised by a Commandant and is well-organized into two developed wings, which are Academic and Administrative Wings. The academic wing gets overseen by the Deputy Commandant, who is also the Chief Instructor of the Military College Murree. He further gets served by heads of various departments and a splendid faculty. On the other hand, the Administrative Wing gets led by Lieutenant Colonel, who is accountable for the administrative affairs. Furthermore, physical training, different outdoor activities, and sports get supervised by the Assistant, House Officers, and House Masters.

Military College Murree is affiliated with the famous Federal Board of Intermediate and Secondary Education at the SSC level. At this level merely Science Groups that include either Biological Sciences or Computer Science are taught.

The following are the several types of HSSC Groups based on Elective subjects:

The Academic Block manages a central library for all the students of the college.

The College has a huge computer laboratory that is well-equipped with high-quality computers, projectors, and multimedia. This lab has internet access all round the clock.

The college has a dispensary supervised by an AMC Officer Doctor, with faculty. For specialized medication, the boys are directed towards two more distinguished hospitals that are Combined Military Hospital (CMH) Murree or CMH Rawalpindi. Moreover, students are medically checked, and the health record of each student is maintained. This College also has a quarantine ward for the separation of patients suffering from any contagious diseases.

Some of the major clubs present in Military College Murree include:

Picnics get arranged by the college administration and staff. The boys are then driven to recreational spots somewhere around Murree, Azad Kashmir as well as Taxila. In addition to that, educational visits are also an important part of the training schedule at this college.

The College Magazine gets published yearly in two sections English and Urdu. That magazine contains articles and essays that are written by the students of all classes. Every student is assigned a copy of that magazine.

Children of civil armed forces, junior commissioned officers, MES army, soldiers, civilians, serving and retired army officers are eligible to apply to Military College Murree. However, the following is the minimum criteria for applying to get an education from this college:

The admissions in Military College Murree get granted purely on a merit basis. However, all the candidates will have to appear in the following tests: